Analysis of the Tobacco and Nicotine Products Control Bill 2018 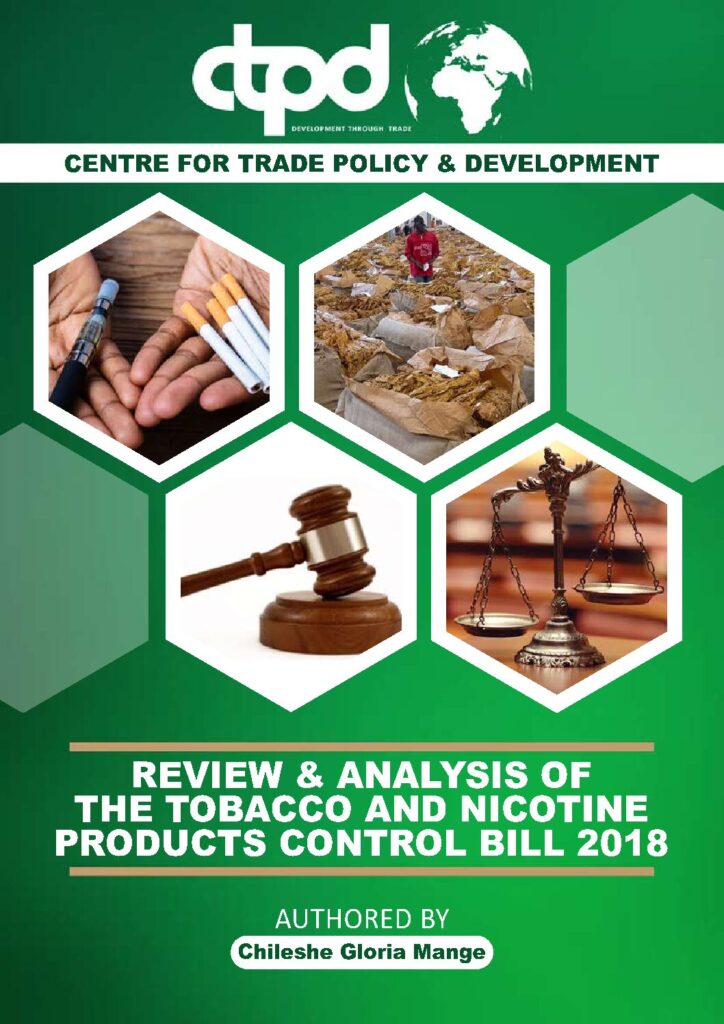 The export of tobacco in Zambia increased from approximately $1.7 million in 1995 to $156.5 million in 2012 and averaged of USD100 million between 2013 and 2018. According to the WHO, agricultural land devoted to the harvesting of tobacco in Zambia increased over 350% in two decades from 1993 to 2013.While tobacco as a percentage of total exports for Zambia is rather small (comprising 1.2 percent of the GDP) tobacco is a cash crop for farmers, about 10,000 of whom grow tobacco and a source of employment in the country.